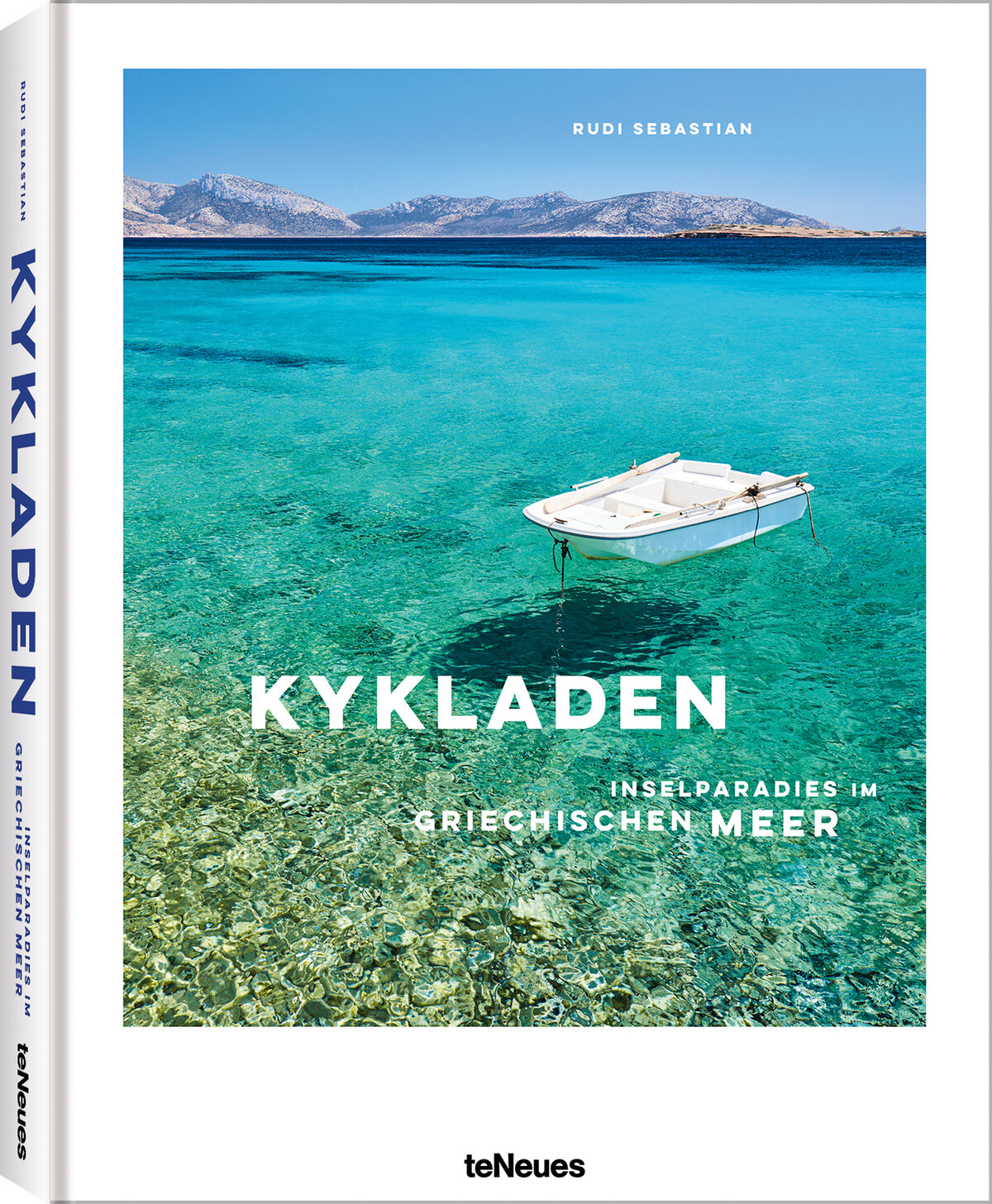 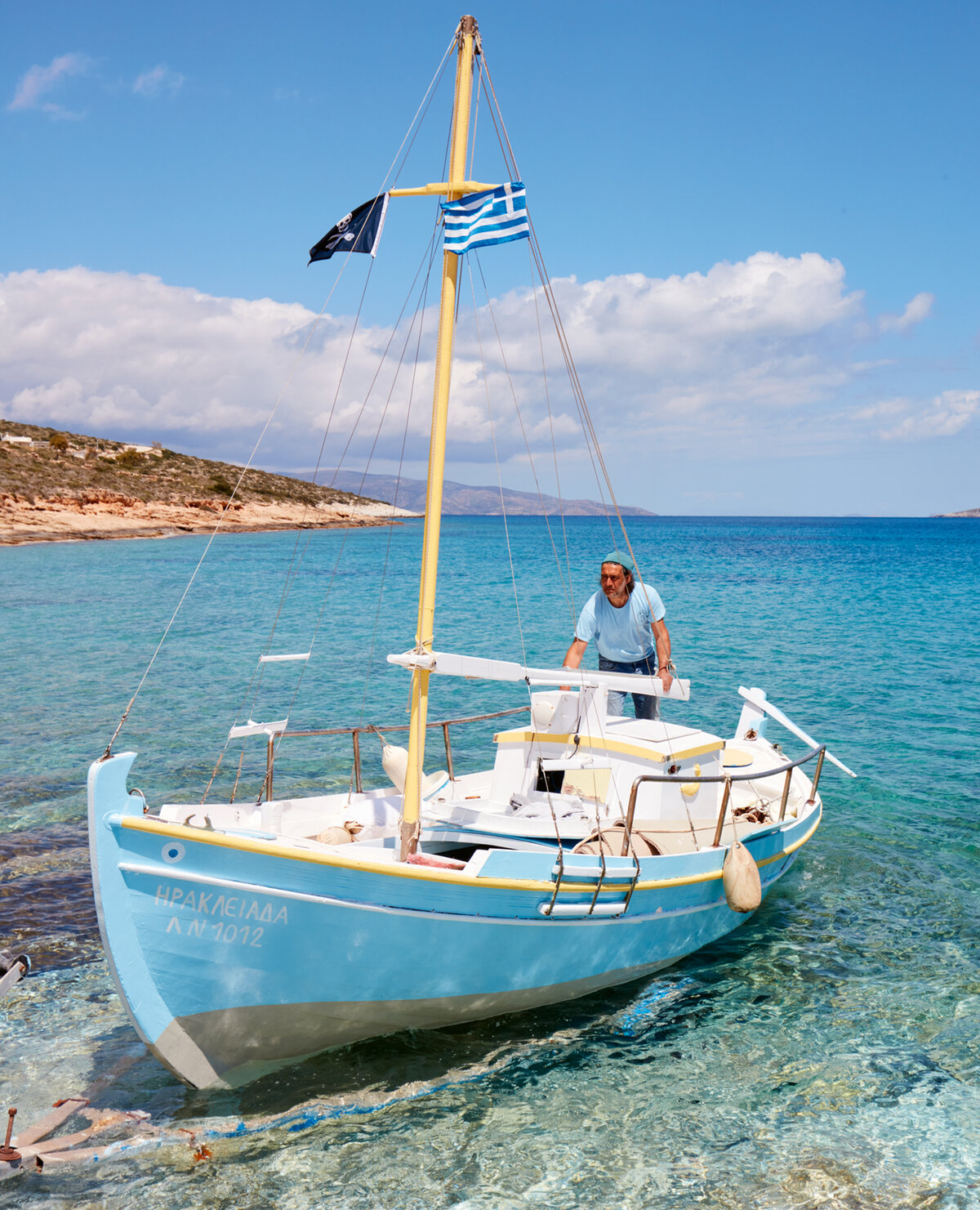 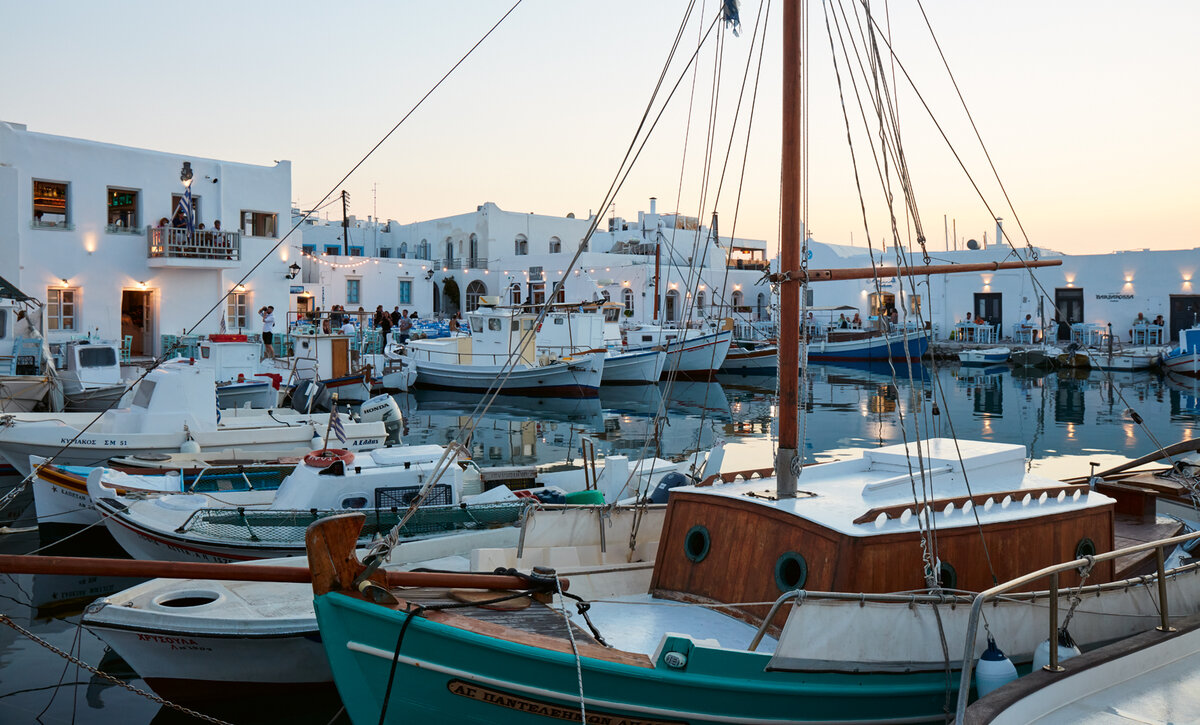 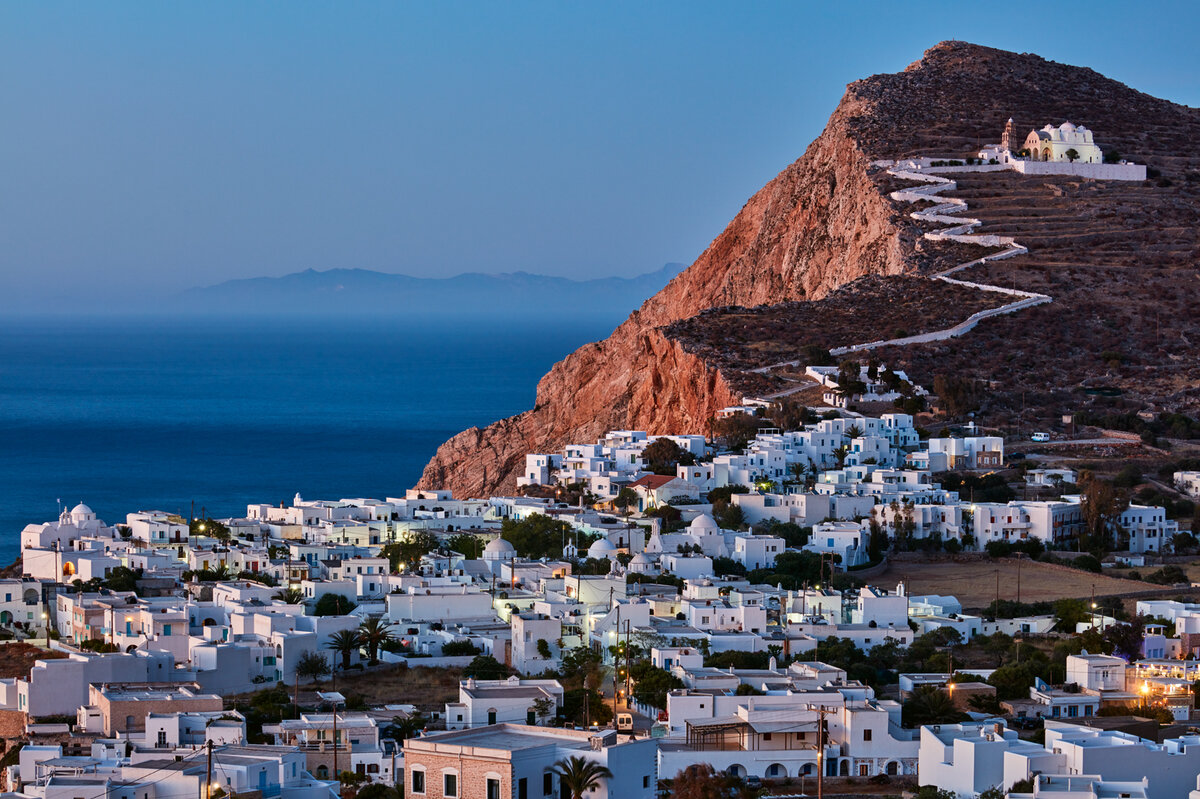 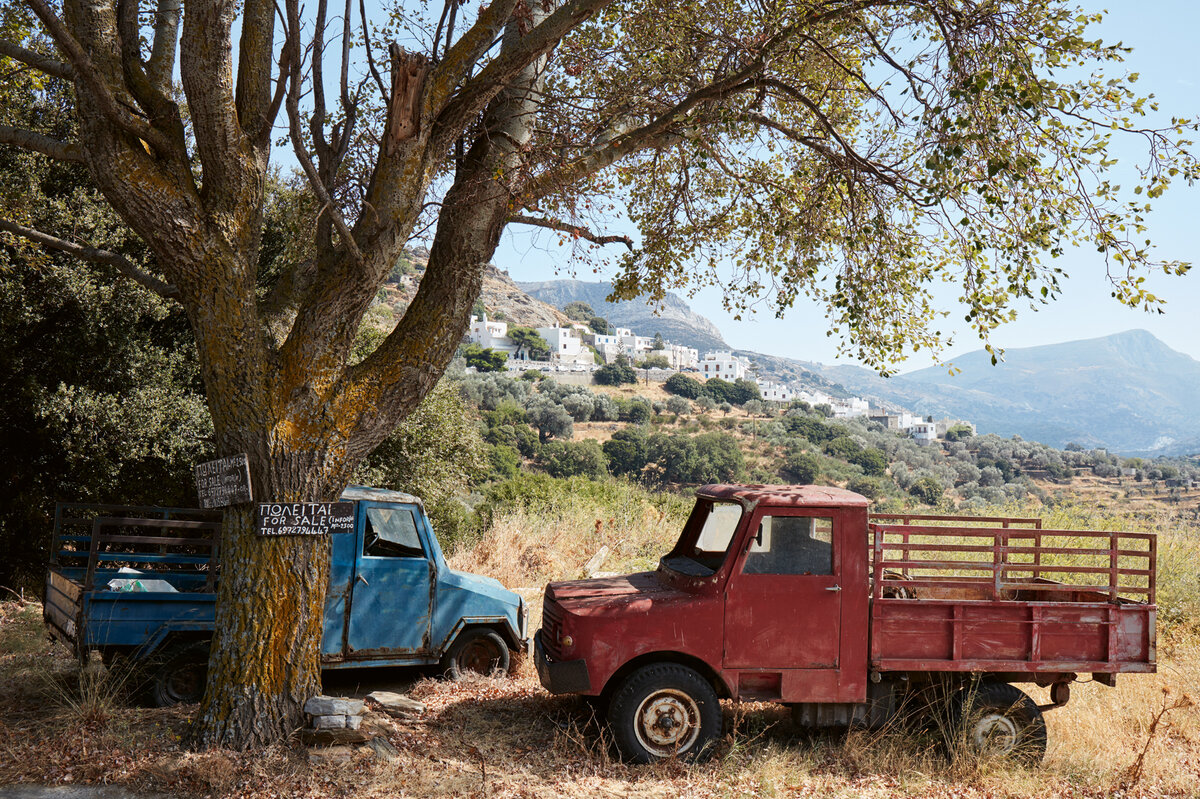 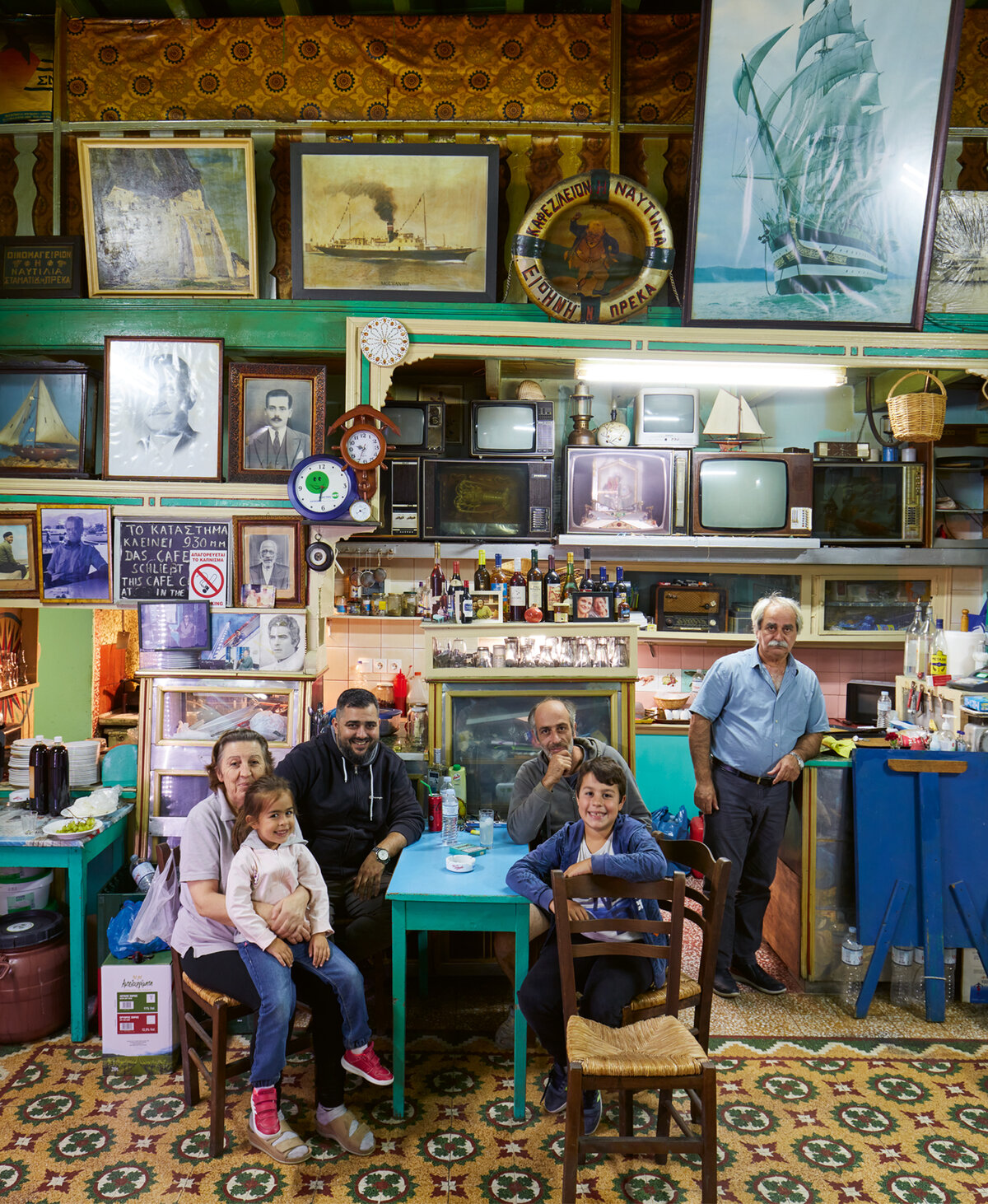 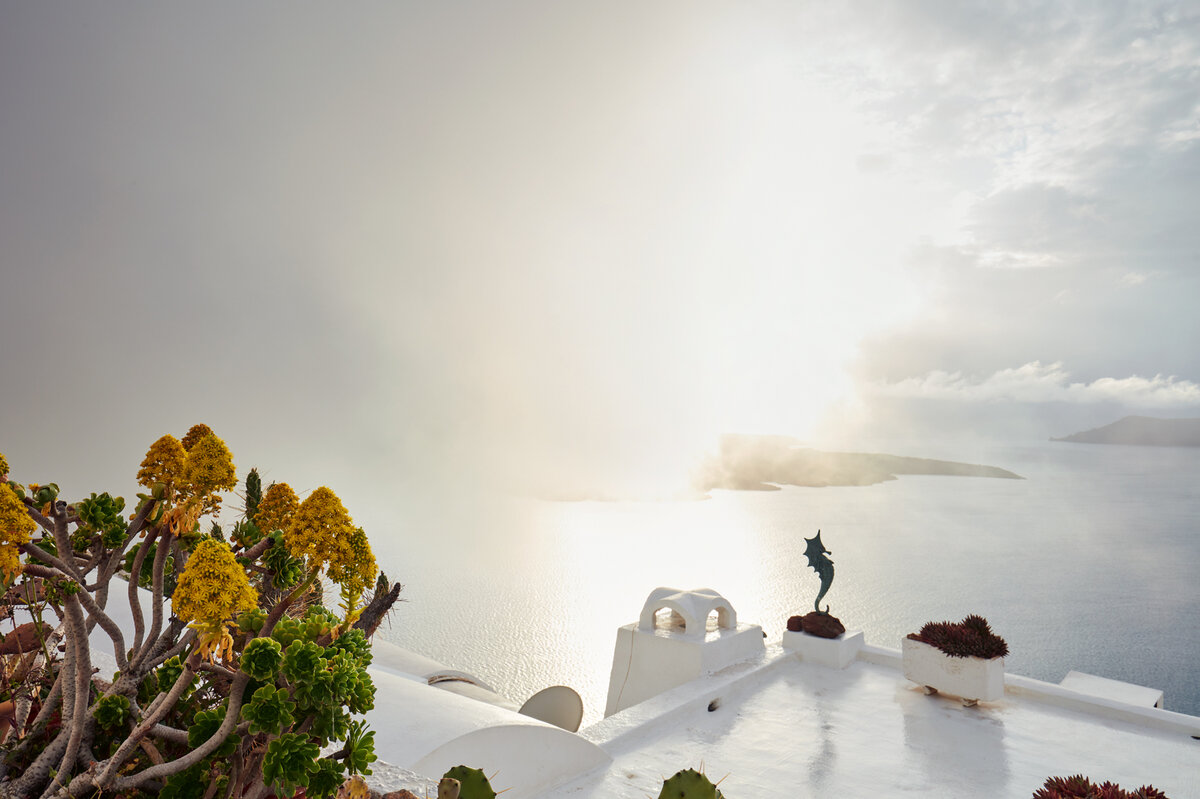 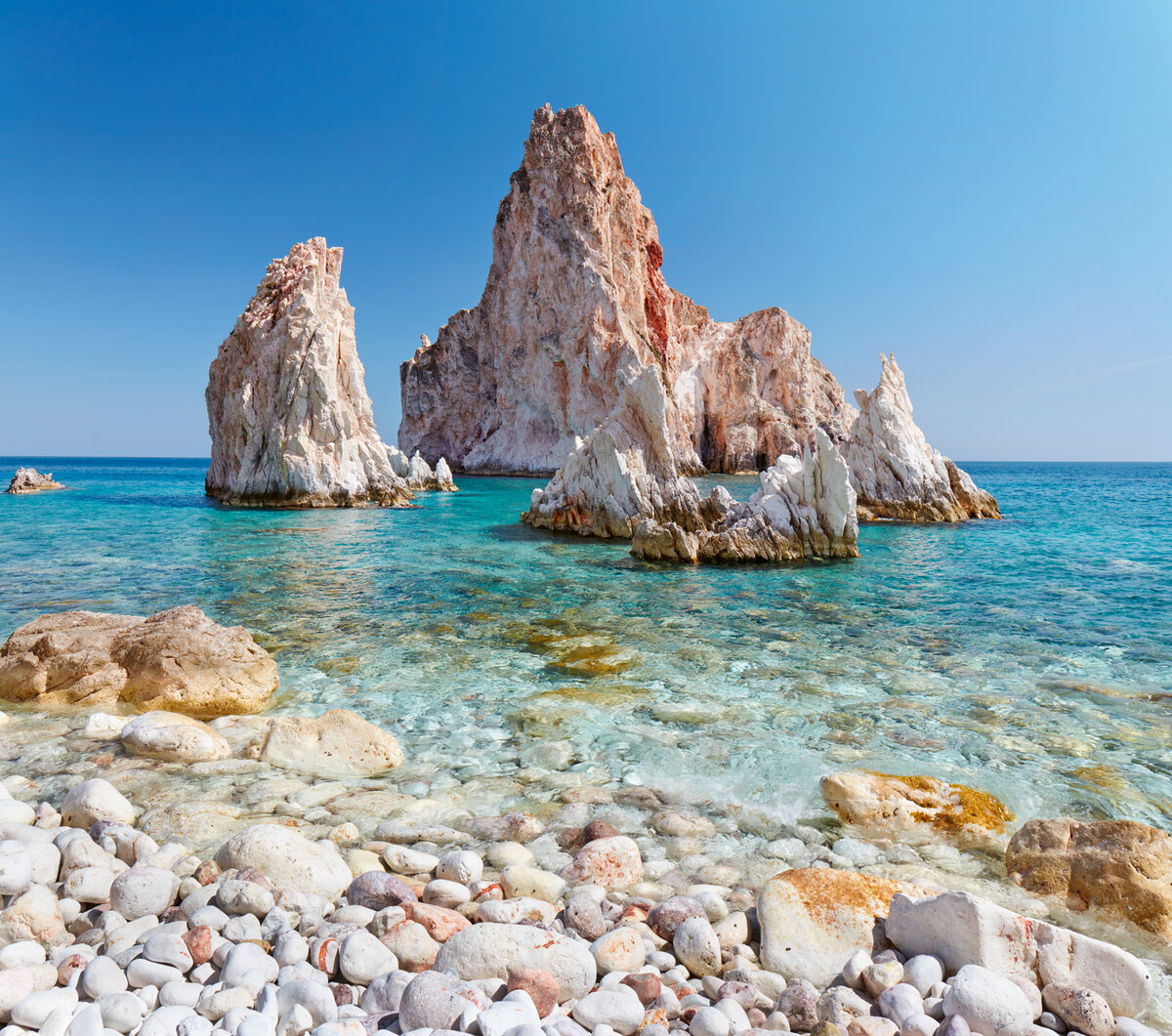 New book on the Cyclades by Rudi Sebastian with a large interview with the author.

Cyclades is the first and only comprehensive photo book on the Cyclades archipelago that portrays all the islands at all times of the year. It tries to capture the feeling of life on the islands in an undistorted way. The book does not aim at the big tourist hotspots and Instagram shots that can be seen everywhere else, but wants to capture the Greek island world as a whole - with all its discrepancies. Lonely bays and half-ruined towns stand next to the glossy world of the rich and beautiful who spend the summer on the islands. Highlife in summer next to almost deserted streets in winter. Greek tradition next to modern mass tourism. It is precisely these discrepancies that make the book so distinctive.

Why are the Cyclades so special?

"Greece, like Croatia or Turkey, has many islands and island groups, but the Cyclades are very different from all the other island groups. They form a relatively self-contained, independent cultural area that goes back 5,000 years. The most visible unique selling point is the world-famous Cycladic architecture with its gleaming white, cube-shaped houses with window frames mostly in blue, but also in contrasting other primary colours, built close together as clusters on mountain peaks or sheltered bays. Although there are exceptions and mixtures, especially on the islands close to the mainland, you know immediately that you are in the Cyclades. Added to this uniqueness is the uniqueness of individual islands such as Santorini, which - as the remnant of a gigantic volcanic explosion - is unparalleled anywhere in the world. But all of this would not be complete without the wonderful beaches and bays with waters that need not fear comparison with any dream beach in the world.

In short, a perfect interplay of culture and nature."

What is your relationship with the Cyclades? Why do you like them so much that you dedicate a whole book to them?

"There are several reasons for that. As you can see from my previous book, water is my very big subject as a photographer. After I saw - rather by chance during a holiday - what unbelievably beautiful places there are, I started to take a closer look at this group of islands. As I am a designer by training, I was of course also fascinated by the already described, famously photogenic architecture and vivid colourfulness. So there were many reasons to do further research, only to discover that there are countless travel guides on individual islands and on the Cyclades as a whole, but not a single serious illustrated book, let alone a representative "coffee-table" book. But all these rather factual reasons would be worth nothing without the almost boundless hospitality of the Greeks experienced during my travels, which turned interest into love."

Is there a favourite picture? Why is this so special?

"Yes, there is. On the one hand because of the circumstances under which it was taken and on the other hand, of course, because of the motif itself. The picture of the rocks jutting out of the water of the so-called monk group in front of Polyaigos is my favourite for several reasons.

An accidentally discovered Instagram photo aroused my curiosity and even after intensive internet research I couldn't find another photo of it. So first I had to find out where these rocks were in the first place. A friend took me to the rocks - which can only be reached from the water - with a rented boat. With the camera in a waterproof bag, I swam to the shore of large, extremely smooth marble stones to take photos from there. Only from there you have these round stones as foreground. At any time, another boulder could have come from above. There was a mixture of fear of being killed and great happiness at being able to experience it.

Nowadays it is not very often that a photographer has the feeling of having discovered something very special. Even more so in an area where you can assume that every stone has already been turned over many times."

Is there a touching, funny, special story about the creation of the book or a picture?

"The creation of the book is very closely connected to Corona.

Due to the pandemic, I had many places all to myself that are visited by many tourists in normal times. A rare circumstance for any landscape photographer. However, in view of the many deaths and personal fates, it is impossible to speak of luck here.

When I wanted to photograph the panorama of Mykonos Town one late afternoon in Mykonos, it was - as so often in the Cyclades - stormy and every picture was blurred. Even my really stable tripod did something to change that. In desperation, I kept squinting at a wind-protected terrace of a private house opposite, but didn't dare just go there. Obviously the residents saw this and recognised my problem. Without being asked, the owner of the house gave me to understand that I was welcome to come up to take photographs. I had not yet properly set up the tripod when the lady of the house came out with olives, cheese and ham and the inevitable Tsipouro (Greek marc brandy). So it turned out to be another convivial evening among actual strangers. Hospitality at its best, and that on Mykonos! Here, where everything is subordinated to tourism and you would least expect something like that."

What are your three insider tips or must-sees in the Cyclades?

"Difficult question. As a "water freak" I would actually have to answer: tip one: Milos; tip two: Milos; tip three: Milos. The "quasi-archipelago" of Milos, Kimolos and Polyaigos has everything to offer fans of unbelievably beautiful and unseen water colours in terms of colour palette and geology.

But that would be too one-sided, so here are my three must-sees of the Cyclades, biased, personal and not representative:

1. Ermoupolis, capital of the Cyclades. Those who know Positano will love Ermoupoli. Like a mirage and completely unexpected, the town, whose houses are stacked around two mountain cones, appears behind the harbour entrance. It's far too bad not to make a stopover here.

2 The high road of Amorgos. The "backbone" of Amorgos offers magnificent views of the island and far beyond.

3. the plateau in the south of Tinos. You think the plane has flown away and landed in Utah and John Wayne is about to ride around the corner.

4. even though there are already three points. One beach has to go on the list: Gerakas on Milos. It can only be reached by boat. See it to believe it!

I have deliberately not included the well-known, but no less spectacular places like Oia on Santorini or Naousa on Paros." 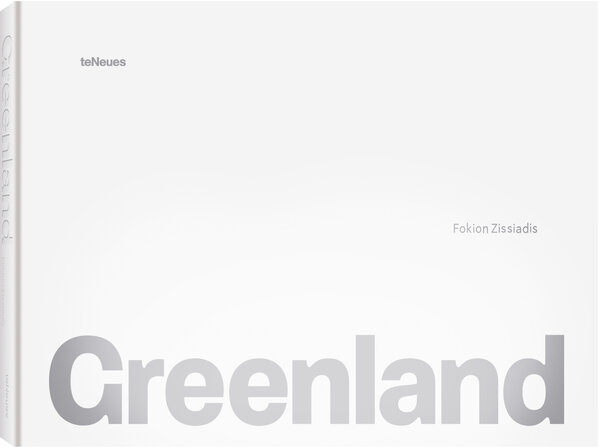 One of very few about Greenland: the illustrated book "Greenland" by Fokion Zissiadis 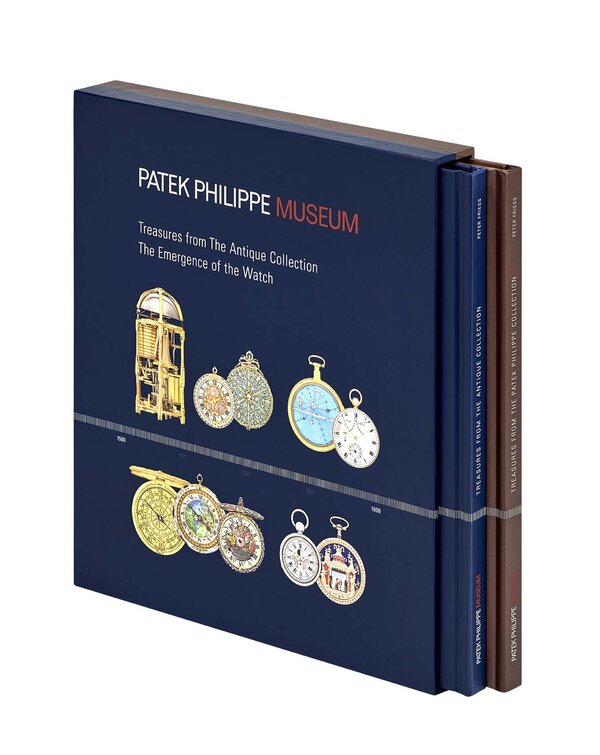 The two-volume photo book from the Patek Philippe Museum was recently published, presenting 240 rare watches from the history of the art of watchmaking. Peter Friess, director of the museum, was interviewed by John Reardon from Collectability.

"Spencer worked on capturing that natural rainbow, creating the “Winged Prism” photo series. The colorful images are collected in his book, “Birds: Poetry in the Sky” (teNeues Publishing)." Treehugger 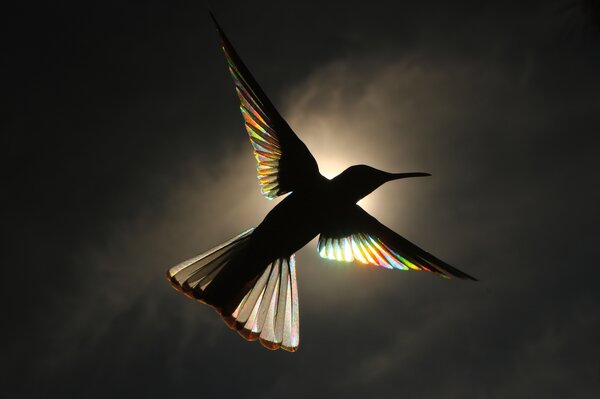